Authored by Kingston Reif on December 3, 2014 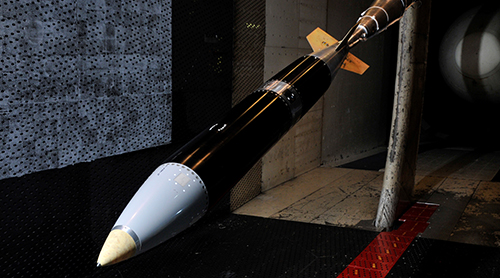 Current and former U.S. government officials and military leaders have repeatedly stated that present plans to rebuild the U.S. nuclear arsenal – which could add up to $1 trillion over the next 30 years – are unaffordable given existing budget constraints. This massive price tag comes at a time when other national security bills are coming due, Congress has mandated reductions in planned military spending, and the United States has more nuclear weapons than it needs for its security.

Given this state of affairs, reshaping the current nuclear spending blueprint to comport with the fiscal and security environments and free up funding for more urgent security priorities, ought to be a no-brainer. Yet while the Defense and Energy Departments have delayed certain programs, they have yet to alter the overall plan, which remains on an unaffordable and unnecessary trajectory.

How much money could the United States save by a more comprehensive rethink of its planned nuclear spending binge? According to a new report from the Congressional Budget Office (CBO) on options for reducing the federal budget deficit, the answer is a boatload.

CBO estimates the Defense Department could save approximately $55 billion over the next decade by reducing the number of ballistic missile submarines from 12 to 8 and deferring development of 80-100 new long-range bombers, some or all of which may be nuclear-capable. Last year, CBO estimated that pursuing these two options would save about $48 billion over the ensuing ten years. The $7 billion increase in savings identified in this year’s options study reflects the degree to which nuclear weapons spending is set to skyrocket in the early- to mid-2020s.

In October the Arms Control Association released a report that outlines ways to save roughly $70 billion between 2014 and 2023 across all three legs of the triad and the warheads they carry. Included in this figure are the savings from the two options evaluated by CBO, as well as options for scaling back or delaying other expensive new delivery systems and taking a more disciplined approach to rebuilding warheads.

What’s more, these savings can if necessary be achieved without further cuts below the New Strategic Arms Reduction Treaty (New START) limit of 1,550 strategic nuclear warheads deployed on subs, land-based missiles, and bombers.

Clearly, the budget challenge facing the military can’t be solved on the back of nuclear weapons. However, every billion adds up, especially in a time of austerity. Priority must be given to those weapons systems and programs that address the most urgent security challenges, such as the Islamic State and other militant groups, the pivot to Asia, and cyberdefense. The perpetuation of a bloated nuclear arsenal greatly in excess of what is required to deter nuclear attack does not meet this criterion. In fact, overspending on nuclear weapons will take funds from where they are needed most.

It will be up to the White House and the new secretary of defense to exert greater budgetary and policy discipline regarding the decisions about nuclear force funding during the remainder of President Barack Obama’s presidency. The administration announced in August that it is overseeing an interagency review of its multibillion-dollar plans. However, it remains to be seen whether this review will prompt the tough choices the president and Congress need to make.

Plans to rebuild the U.S. nuclear arsenal pose financial and opportunity costs that can’t be justified in the current economic and security climate. Overspending on nuclear weapons would be a major blunder.