The Trump administration is preparing to undertake the fourth Nuclear Posture Review (NPR) since the end of the Cold War. The study could set in motion significant changes in the role of nuclear weapons in U.S. strategy, the plans for maintaining and upgrading nuclear forces, the nuclear force structure requirements and costs, and the overall U.S. approach to nuclear arms control and nonproliferation. 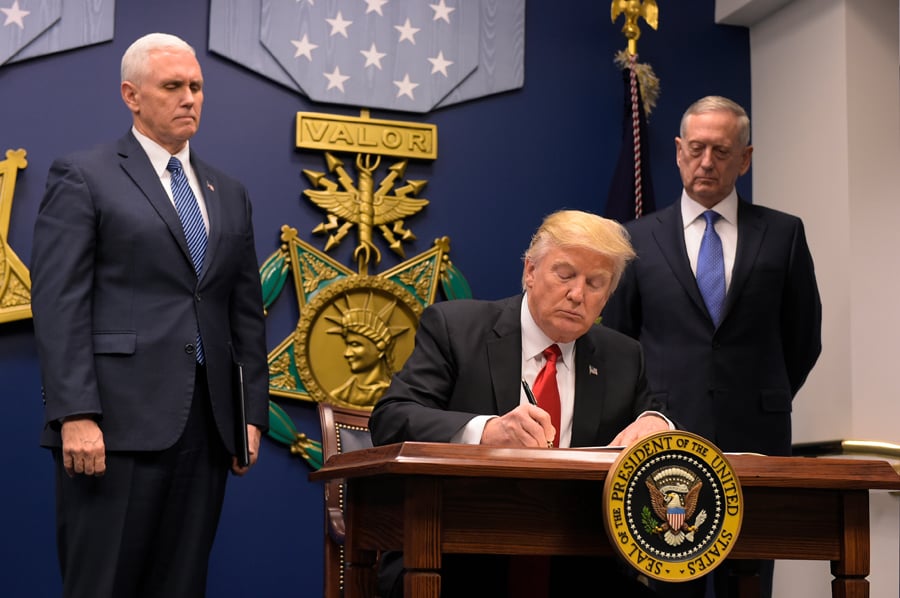 This comes as President Donald Trump has declared his ambition to “greatly strengthen and expand” U.S. nuclear weapons capabilities, which are already substantial, and has criticized the 2010 New Strategic Arms Reduction Treaty (New START) with Russia, suggesting he may be looking to change nuclear policy in significant ways.

Since the end of the Cold War, each administration has conducted such a comprehensive review. The most recent one, completed in April 2010, said that the top priority of the U.S. nuclear agenda should be the pursuit of a world free of nuclear weapons through U.S. leadership to bolster the nonproliferation regime and achieve further reductions in nuclear arsenals.

In his Jan. 27 executive order titled “Rebuilding the U.S. Armed Forces,” Trump directed Defense Secretary James Mattis to produce a national defense strategy, an NPR, and a ballistic missile defense review. The directive language on the NPR, just one sentence long, states that the review should “ensure that the United States nuclear deterrent is modern, robust, flexible, resilient, ready, and appropriately tailored to deter 21st-century threats and reassure our allies.”

The new NPR will be completed as the Trump administration is making decisions with long-term security and budgetary implications. Trump will need to decide, with Russian President Vladimir Putin, whether to extend New START and its monitoring regime for five years beyond its February 2021 expiration date, negotiate a follow-on agreement, or go forward without legally binding, verifiable limits on the world’s two largest nuclear arsenals. This decision, among other factors, will determine whether the United States is seen to be meeting its nuclear disarmament obligations under Article VI of the nuclear Nonproliferation Treaty (NPT), which obligates nuclear-weapon states to pursue nuclear disarmament.

The NPR may also affect the current plans to sustain and upgrade each element of the U.S. strategic arsenal, including new long-range, stealthy strategic bombers; a fleet of 1,000 new nuclear-capable air-launched cruise missiles; a new fleet of 14 strategic submarines; 400 new ground-based intercontinental ballistic missiles; and upgraded nuclear command-and-control systems. Congressional Budget Office (CBO) estimates the cost at more than $400 billion in fiscal years 2017-2026 and perhaps more than $1 trillion over the next 30 years—a price tag that could squeeze out other high-priority national security programs.

Unlike then-Sen. Barack Obama (D-Ill.), who campaigned for the presidency in 2008 with a detailed nuclear-risk reduction strategy, Trump has not presented his thinking in a formal way. Rather, he has made a series of controversial, seemingly impulsive, and sometimes contradictory comments on nuclear weapons. If translated into policy, some of Trump’s pronouncements would represent a radical break from long-standing U.S. policies to reduce the role and number of nuclear weapons. In some cases, Trump’s own Cabinet members have disagreed with his statements, raising further questions about the direction of the administration’s policies.

Early in the campaign, Trump was asked on Jan. 3, 2016, if he would rule out the use of nuclear weapons against terrorist groups. He said, “I’m never going to rule anything out…because, at a minimum, I want them to think maybe we would use it, OK?”

That’s at odds with the Obama administration’s viewpoint as stated in a Jan. 15 speech by Vice President Joe Biden: “Given our non-nuclear capabilities and the nature of today’s threats, it’s hard to envision a plausible scenario in which the first use of nuclear weapons by the United States would be necessary, or make sense. President Obama and I are confident we can deter and defend ourselves and our allies against non-nuclear threats through other means.”

In a March 26, 2016, New York Times interview, Trump suggested, “I’m not sure it would be a bad thing for us” if Japan acquired nuclear weapons to defend against North Korea. When asked about that at his confirmation hearing Jan. 11, Secretary of State Rex Tillerson said he did not agree. “I don’t think anyone advocates for more nuclear weapons on the planet,” he said, while also asserting that “one of the vital roles of the State Department…has to be the pursuit of nuclear nonproliferation.”

On Dec. 22, President-elect Trump tweeted that the United States “must greatly strengthen and expand its nuclear capability” and later was reported to have told a television host that he would “outmatch” and “outlast” any potential competitors in a nuclear arms race. In a Feb. 23 interview with Reuters, Trump vowed that “if countries are going to have nukes, we’re going to be at the top of the pack.”

The 2010 NPR determined that “Russia remains America’s only peer in the area of nuclear weapons capabilities.” The United States and Russia are estimated to have 4,018 and 4,500 warheads, respectively, stockpiled and assigned for military use. Under New START, each will be limited to 1,550 strategic deployed warheads on no more than 700 nuclear delivery vehicles until 2021. The next largest nuclear arsenals are those of France, with 300, and China, with 280 warheads of all types.

In a pre-inauguration interview with the The Times of London, Trump said that “nuclear weapons should be way down and reduced very substantially.” Yet, in his first telephone call with Putin after taking office, Trump seemed to put U.S. support for New START in doubt. According to a Feb. 9 Reuters account, Trump denounced the agreement when Putin suggested the two countries might agree to extend the treaty for five years, an option provided in the treaty’s terms. In a Feb. 23 Reuters interview, Trump called New START a “one-sided” agreement.

In response, the head of the Russian Federation Council’s defense committee, Viktor Ozerov, told the RIA Novosti news agency on Feb. 24 that Russia is “categorically opposed” to the termination of New START and will push for an extension because it is “fundamental to global security.”

Some of Trump’s comments conflict with the findings of 2013 Pentagon nuclear strategy report that said the United States could meet its security obligations and “maintain a strong and credible strategic deterrent” with “up to a one-third” reduction in deployed strategic warheads from the level established by New START.

Trump’s suggestion that the United States must increase its nuclear “capacity” may encourage those who would like to overturn existing policy and allow for the pursuit of new types of nuclear warheads. The Defense Science Board, an advisory panel, urged the new administration in a December 2016 report to consider producing lower-yield weapons to provide a “tailored nuclear option for limited use.” It also questions the ability to maintain warheads in the absence of explosive testing, which is prohibited by the 1996 Comprehensive Test Ban Treaty, which the United States has signed but not ratified. Some Democrats, including Sen. Dianne Feinstein (D-Calif.), have already signaled their opposition.

With the majority of subcabinet positions at the Defense, State, and Energy departments unfilled, the shape, direction, and pace of the new review is uncertain. But there is little doubt it will have far-reaching implications.