Today in Vienna as P5+1 negotiators engage with their Iranian counterparts on each side's proposals for a "comprehensive solution that would ensure Iran's nuclear programme will be exclusively peaceful," it is clear that the two sides are still far apart on the pivotal issue of Iran's "practical needs" for uranium enrichment.

Reuters is reporting that an unnamed Iranian official claims that: "We need at least 100,000 IR-1 (first generation) centrifuges to produce enough fuel for each of our (civilian) nuclear (power) plants." This claim is consistent with statements made by the head of the Atomic Energy Organization of Iran, Ali Akbar Salehi, in the past.

The Iranian negotiators' claim that Iran might need 100,000 first generation IR-1 centrifuges is an opening negotiating position that the P5+1 should and certainly will reject.

The Iranian claim is based on the assumption that the initial contract with Russia to supply the Bushehr light-water reactor expires in 2022. However, this ignores the fact that Russia has committed to provide Iran with fuel for that reactor for its entire operating lifespan. Any future reactors that Iran might build with assistance from Russia would likely include a similar fuel supply arrangement.

Article 5 of the 1992 agreement between Moscow and Tehran to complete the Bushehr reactor states:

The P5+1 should ask Iran to scale back its overall uranium enrichment capacity from 10,000 operating, first generation (IR-1) centrifuges at two sites to approximately half that number, limit enrichment levels to 3.5 percent, keep its enriched uranium stocks to near zero, and agree to more stringent International Atomic Energy Agency safeguards to detect and deter noncompliance at declared and undeclared sites. 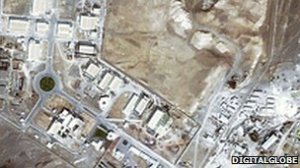 Even with just a few thousand first generation (IR-1) centrifuges at Iran's main enrichment facility at Natanz (with the other site, Fordow, to be used for research and development only), Iran would have more than sufficient capacity for its foreseeable "practical" nuclear power reactor fuel needs.

Iran currently has very limited needs for enriched uranium fuel for energy production. Today, Iran has one research reactor (the Tehran Research Reactor) that produces medical isotopes and Iran has enough material to fuel that reactor for years to come; Iran also has a light-water power reactor (Bushehr), which uses fuel supplied by Russia under a ten year arrangement that could be renewed; Iran is in talks with Russia to build up to four additional nuclear power reactors, with the first possibly completed in a decade or more at the soonest.

The comprehensive nuclear agreement should recognize that Iran's nuclear fuel needs may increase in 15 or 20 years. The deal should allow for an appropriate increase of its uranium enrichment capacity once issues relating to experiments with potential military dimensions have been addressed, and when and if Iran actually builds new nuclear power reactors for which it cannot obtain foreign nuclear fuel supplies.