India joined a voluntary regime last month that promotes transparency around ballistic missile development and was admitted to an export control regime designed to stem the spread of technologies relevant to developing missiles and unmanned systems capable of delivering weapons of mass destruction (WMDs).

New Delhi announced on June 2 that it subscribed to the Hague Code of Conduct Against Ballistic Missile Proliferation. On June 27, the Dutch chair of the Missile Technology Control Regime (MTCR), Piet de Klerk, released a statement saying that the “formal procedures” for Indian membership in the regime were finalized. 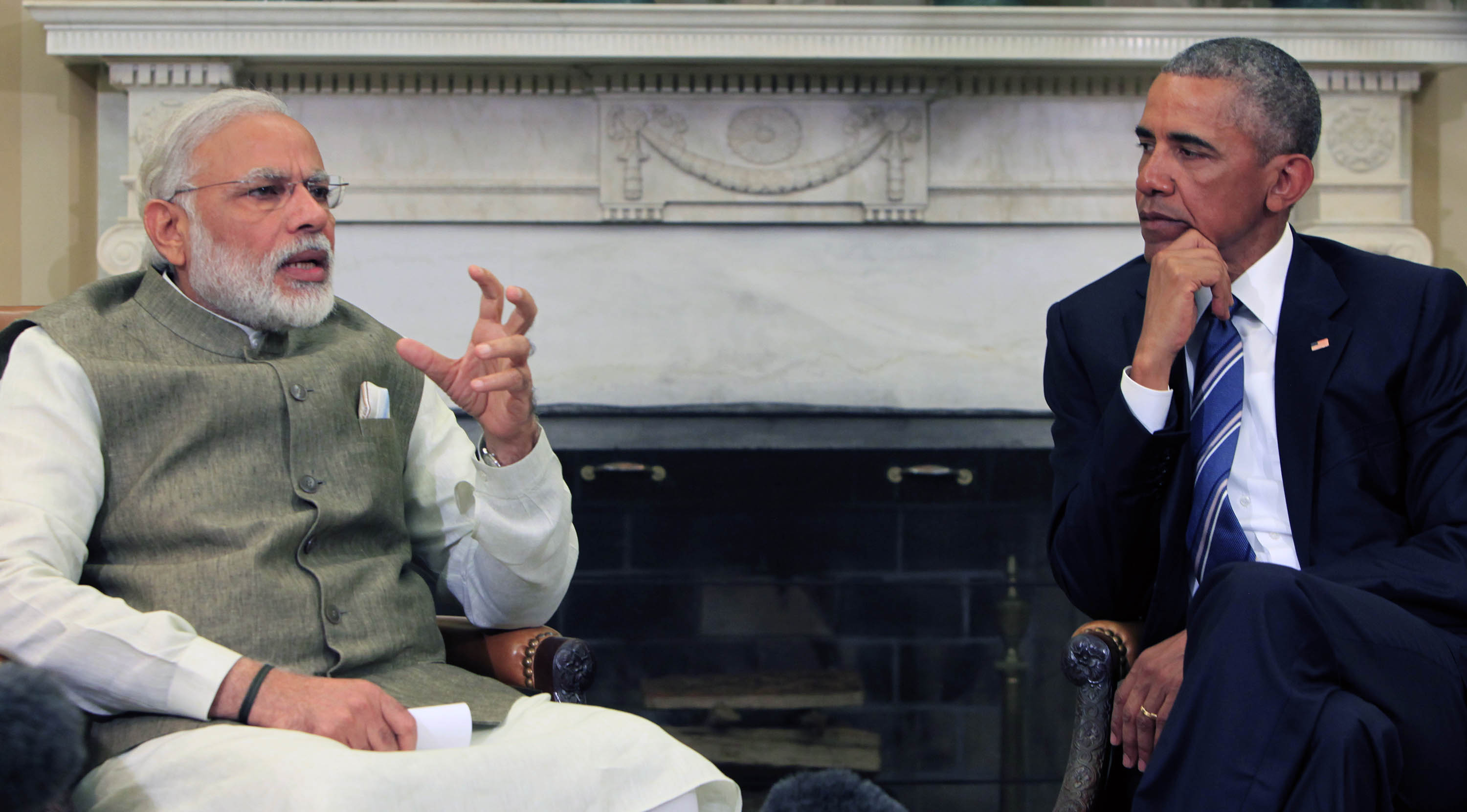 India’s membership in the MTCR was expected after a June 7 joint U.S.-Indian statement, released during Indian President Narendra Modi’s visit to Washington, said that Modi and U.S. President Barack Obama looked forward to India’s “imminent entry” into the MTCR.

The Hague code of conduct is a voluntary, multilateral initiative subscribed to by 138 countries. It calls on member states “to exercise maximum possible restraint in the development, testing and deployment of ballistic missiles capable of delivering weapons of mass destruction (WMD), including, where possible, to reduce national holdings of such missiles.” States also agree not to assist other countries in the development of ballistic missile programs and to “exercise vigilance” in assisting in space launch programs, given the applicability of the technology to missiles.

Any state can join the code of conduct by subscribing to the group’s principles. Participating states agree to submit pre-launch notifications and declare policies related to ballistic missile development on an annual basis. Austria serves as the administrator for the group.

India already notifies Pakistan at least 72 hours in advance of ballistic missile flight tests under an agreement reached by the two countries in 2005. (See ACT, November 2005.)

The MTCR is an initiative designed to prevent the spread of missiles and unmanned systems capable of delivering nuclear, biological, and chemical weapons. The regime, which was formed in 1987, defines WMD-capable delivery systems as missiles or drones capable of carrying a 500-kilogram payload a distance of 300 kilometers.

MTCR members agree to consider export policy guidelines designed to limit the spread of technologies applicable to the development of WMD-capable missiles and drones.

With India, the MTCR now comprises 35 member states, and new members are admitted on the basis of consensus.

An official familiar with India’s bid to join the MTCR said on June 22 that one of New Delhi’s “primary motivations” for joining these regimes is to strengthen its bid to join the Nuclear Suppliers Group (NSG). The official said that India is trying to represent itself as a “responsible member of the international community committed to countering proliferation” of weapons of mass destruction and related technologies.

Despite these steps, India was not admitted to the NSG at the group’s plenary meeting in June (see page 23).

The official said that the impact of India’s membership on slowing missile proliferation depends on how vigorously New Delhi adheres to MTCR export controls.

India attempted to join the MTCR at the group’s last plenary meeting, in October 2015, but was blocked by Italy over an unrelated matter. (See ACT, November 2015.) At the time of application, India said its space program was suffering because it was not a member of the regime.

Many technologies and materials applicable to ballistic missile development are also applicable to space launch vehicles, although the MTCR says the regime is not designed to inhibit space programs.

India’s membership does not guarantee it access to sensitive technologies, and other MTCR partner countries can still deny exports because the regime’s guidelines “do not distinguish between exports to Partners and exports to non-Partners,” according to a summary on the MTCR website.