The two sites are part of the European Phased Adaptive Approach, as the Obama administration’s missile defense policy in Europe is formally known. The phased adaptive approach is the U.S. contribution to NATO’s missile defense system and is designed to protect Europe against short-, medium-, and intermediate-range ballistic missiles launched from Iran. 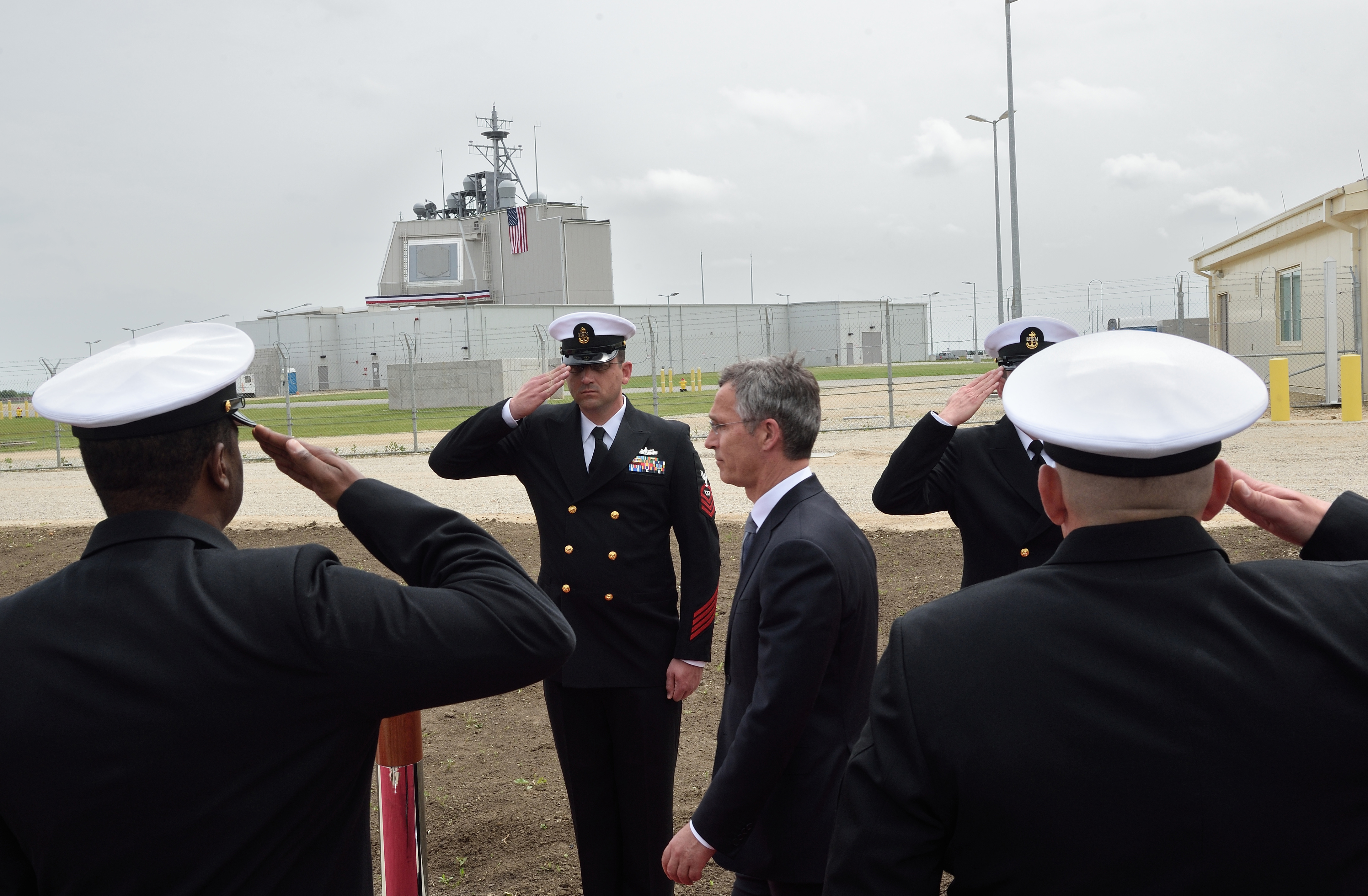 “As long as Iran continues to develop and deploy ballistic missiles, the United States will work with our allies and partners to defend against this threat,” said Deputy Defense Secretary Robert Work at a May 12 ceremony marking the integration of the site at Deveselu, Romania, into NATO’s larger missile defense architecture.

The United States completed construction of the Aegis Ashore site at Deveselu last December as part of the second phase of the phased adaptive approach. The site is equipped with a land-based Aegis SPY-1 radar and 12 missile tubes for the Standard Missile-3 (SM-3) Block IB interceptor missile.

The SM-3 Block IB has additional capabilities compared to prior SM-3 versions in identifying and tracking objects during flight. The interceptor will defend against short- and medium-range ballistic missiles and have a limited capability against intermediate-range missiles.

Work said that along with the four U.S. Navy missile defense-capable Aegis destroyers based in Rota, Spain, and an advanced radar in Turkey that were part of the first phase of the phased adaptive approach, the Romania site “provides both a quantitative and qualitative increase in NATO’s missile defense capability and capacity.”

Work added that “neither this site nor the site going into Poland will have the capability to undermine Russia’s strategic deterrent.”

A day after the ceremony in Romania, Work attended a ceremony in Redzikowo, Poland, to break ground on a second Aegis Ashore site as part of the third phase of the phased adaptive approach. The site, which is slated to become operational in 2018, will include a SPY-1 radar and use the SM-3 Block IB and the more advanced SM-3 Block IIA missile. The SM-3 Block IIA is being co-developed with Japan and will have a greater range and more-advanced capabilities than the Block IB. The missile is expected to provide protection for all of Europe against short- to intermediate-range ballistic missiles.

NATO hopes to declare the achievement of an initial operating capability for the entire missile defense system, which includes the U.S. contribution of the phased adaptive approach and contributions from other countries such as Denmark, Germany, and the Netherlands, at its upcoming summit meeting in Warsaw on July 6-7. But The Wall Street Journal reported on May 18 that France is withholding its approval for the declaration pending resolution of its concerns about whether the command and control network for the system is sufficiently mature.

A major alliance exercise in April tested the operational capabilities of the missile defense system. French officials are continuing to analyze the results of the exercise, the report said.

Russia remains unmoved by U.S. and NATO assurances that the system is not aimed at Moscow.

Russian President Vladimir Putin told a meeting of Russian military and defense industry officials on May 13 that “as these elements of ballistic missile defense are deployed,” Russia will be “forced to think about how to neutralize emerging threats to the Russian Federation.”

“All these are additional steps toward throwing the international security system off balance and unleashing a new arms race,” he added.

Putin did not specify the steps that Russia might take in reaction to the development of the defense system.

In a May 12 opinion article posted on NATO’s website, NATO Secretary-General Jens Stoltenberg echoed Work’s comments in Romania, stating that the alliance has repeatedly made clear to Russia that “[g]eography and physics both make it impossible for the NATO system to shoot down Russian intercontinental ballistic missiles.”

Stoltenberg added that “Russia has declined all NATO proposals for cooperation” on missile defense and “unilaterally terminated dialogue with NATO on this issue in 2013.”

Russia also argues that NATO’s ballistic missile defense system is no longer necessary due to the July 2015 nuclear agreement with Iran, which the United States says will prevent Iran from obtaining a nuclear weapon for at least the next 15 years.

A May 10 fact sheet posted on the website of the U.S. mission to NATO disputed that claim. The Iran nuclear deal “addresses nuclear weapons, but it does not resolve the threat posed by Iran’s ballistic missiles which are being modernized in violation of [UN Security Council]-approved sanctions and are capable of carrying nuclear, conventional or chemical weapons,” the fact sheet says.