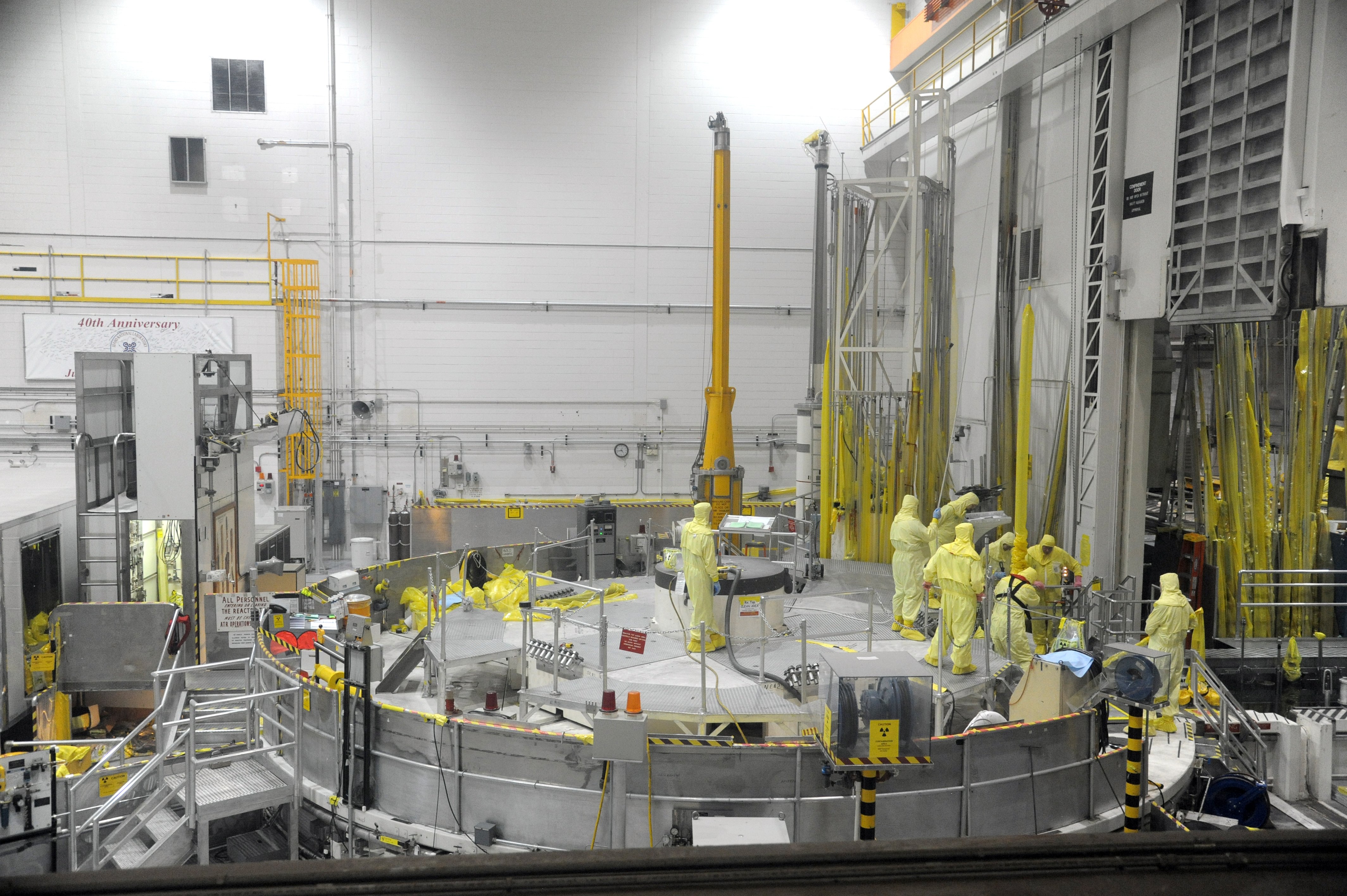 The U.S. government should seek to convert some civilian research reactors currently using weapons-grade highly enriched uranium (HEU) fuel to lower-enriched HEU fuel as an interim step on the way to fueling the reactors with a new kind of low-enriched uranium (LEU), according to a new report from a committee of the National Academies of Sciences, Engineering, and Medicine.

The report, which was released on Jan. 28, also recommends that the White House develop a 50-year strategy that evaluates future U.S. civilian needs for neutrons and “how these can best be provided by reactors and other sources that do not use highly enriched uranium.”

The National Nuclear Security Administration (NNSA) said it had “concerns” about the recommendation for an interim conversion step. In a Feb. 24 email to Arms Control Today, a spokesperson for the NNSA, a semiautonomous agency of the Energy Department, said the recommendation “runs counter to” the U.S. policy of pursuing “the minimization of the civilian use of HEU globally.”

Weapons-grade uranium is enriched to 90 percent uranium-235, and LEU is enriched to less than 20 percent. Converting reactors to LEU use would reduce the risks that this material could be used to make a nuclear explosive device.

“There are significant technical and nontechnical obstacles associated with eliminating HEU from civilian research reactors,” the report said.

One obstacle has been that making the higher-density LEU fuel required to convert high-performance research reactors in the United States and Europe has turned out to be much more difficult than anticipated. The report warned that the new fuel might not even be available by 2035.

Consequently, in order to reduce the use of weapons-grade HEU in high-performance reactors, the report called for conversion of these reactors to the use of fuel that has an enrichment level of 25 to 45 percent. All but one of the nine high-performance reactors in the United States and Europe that use weapons-grade HEU could be converted in this manner in approximately five years, the report said.

Reducing the fuel enrichment to 45 percent “cuts the attractiveness” of the fuel for use in a nuclear explosive device “by about 40 percent,” compared to 90 percent enrichment, according to the report. The report calculated that, by pursuing this approach for the eight reactors, the use of approximately 3,400 kilograms of weapons-grade HEU could be avoided until the reactors are converted to run on LEU in roughly 12 to 17 years.

In a Feb. 3 posting on the website of Harvard University’s Belfer Center for Science and International Affairs, William Tobey, a senior fellow at the center and a member of the National Academies panel that produced the report, wrote that the interim-step recommendation “should in no way be construed as lack of support for eliminating civilian use of HEU. Rather, it is recognition of the fact that estimates of when conversion would be possible have changed, and an effort to minimize risk in light of those changes.”

But another expert disagreed with the recommendation, expressing a concern similar to the NNSA’s about the impact on the global effort to phase out civilian use of HEU. In a Feb. 24 email, Alan Kuperman, a political scientist at the University of Texas, said one problem with the National Academies’ approach is that it “would reduce the prospect of converting existing high-performance research reactors to LEU fuel since their operators would resist the expense and inconvenience of having to convert twice.”

The most significant nontechnical obstacle to converting the remaining HEU-fueled civilian reactors identified by the report is that more than 40 percent of these reactors are located in Russia. The report said that  “conversion of its domestic research reactors is not a high national priority for Russia” and noted that “Russian-U.S. collaboration on research reactor conversion...has all but ceased during the past year” due to the downturn in relations between the two countries over Russia’s actions in Ukraine.

Due to the downturn, the NNSA is no longer planning to support the conversion of 41 reactors in Russia, according to the department’s fiscal year 2017 budget submission. This figure includes both civilian reactors and reactors used to power Russian icebreaker ships.

The National Academies report recommended that the United States seek to engage “Russian scientists and engineers to continue scientific exchanges and interactions that formed the basis for previous progress in....HEU minimization,” primarily in countries that used to be members of the Soviet Union.

In 2012, Congress tasked the National Academies with assessing the progress toward eliminating all worldwide use of HEU in research reactor fuel and medical isotope production facilities. The January report examined the status of conversion of research reactors to LEU use. Another report examining the status of medical isotope production without HEU targets is to be issued later this year.