The United States has not decided whether to attend a December conference in Vienna on the humanitarian impacts of nuclear weapons use, according to a senior U.S. official.

In an Oct. 9 interview with Arms Control Today, Rose Gottemoeller, undersecretary of state for arms control and international security, did not provide a specific timetable for a U.S. decision on attending the conference, which is scheduled for Dec. 8-9. 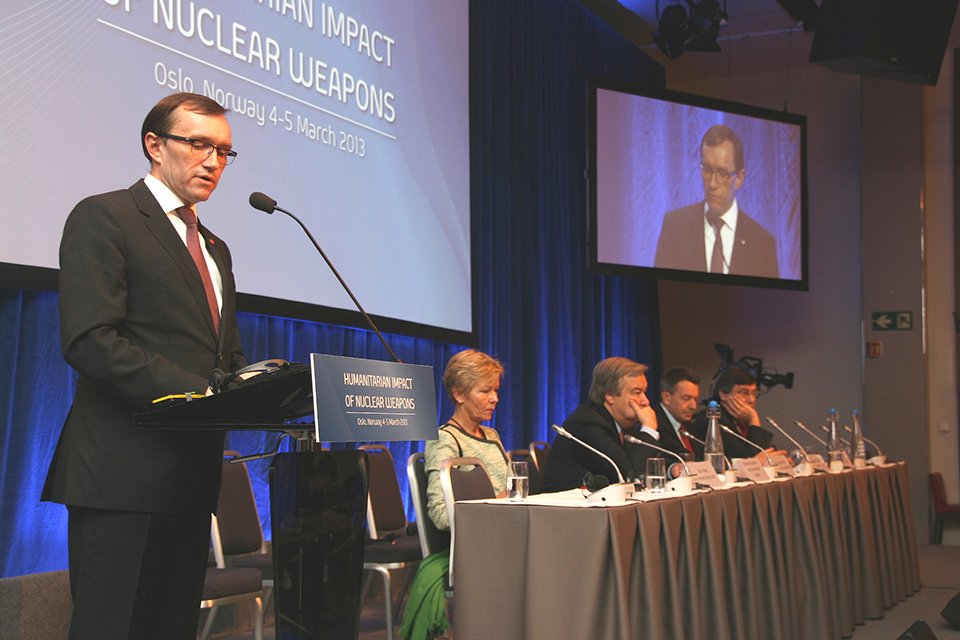 The Vienna gathering will be the third conference in the past two years focused on the medical and societal impact of nuclear weapons use. The first meeting took place in March 2013 in Oslo and brought together representatives from 127 governments. Delegations from 146 governments attended the second conference held in Nayarit, Mexico.

India and Pakistan attended the Oslo and Nayarit conferences, but the five countries recognized as nuclear-weapon states by the nuclear Nonproliferation Treaty (NPT) did not.

Gottemoeller said the United States does not “have a straightforward or a clear view” of “what the conferences are about.” She expressed concern that some conference organizers believe the meetings are intended to lead toward talks on a convention on the elimination of nuclear weapons.

In remarks delivered Oct. 20 at the UN General Assembly First Committee, which deals with disarmament and other issues, Robert Wood, U.S. ambassador to the Conference on Disarmament in Geneva, said that “any call to move nuclear disarmament into international humanitarian law circles can only distract from the practical agenda set forth” at the 2010 NPT Review Conference.

Gottemoeller said in the Oct. 9 interview that the United States is “very supportive of the notion that…we need to be enhancing people’s understanding of the human impacts of nuclear weapons use.”

In the Asahi interview, Kmentt said, “[T]here is a broad range of views” among countries on the need for a treaty banning nuclear weapons. What unites the states that participate in the conferences, he said, is “the belief that we need to do something different” to work toward nuclear disarmament “compared to how we have done it in the past.”

The Vienna conference and the two conferences that preceded it reflect the growing impatience of many states with what they characterize as the slow pace of progress on the 22-point action plan on disarmament laid out in the final document of the 2010 NPT Review Conference. Emphasizing the humanitarian consequences of nuclear weapons use “has the potential to refocus the international community on the urgency of nuclear disarmament,” said Kmentt.

Kmentt said Austria hopes to pull together the key findings of the Vienna, Nayarit, and Oslo meetings and take them to next year’s NPT review conference to push for concrete progress toward nuclear disarmament.

He expressed hope that more countries will attend the Vienna conference than attended the Mexico gathering, including some of the nuclear-weapon states. He said the discussion with the United States about participating in the conference “has been very positive” and that he believes the Obama administration “is exploring ways to participate.”

The issue of the humanitarian impact of nuclear weapons use also was raised at the United Nations. On Oct. 20, New Zealand delivered a statement on behalf of 155 countries at the First Committee, declaring, “It is in the interest of the very survival of humanity that nuclear weapons are never used again, under any circumstances.”