On May 27, President Barack Obama became the first serving U.S. president to visit Hiroshima and its Peace Memorial Park, which honors the victims of the world’s first atomic bombing. The U.S. president’s visit followed the summit of the leaders of the Group of Seven (G7) industrialized nations in nearby Mie Prefecture, Japan.

In a solemn ceremony in the early evening, Obama along with Japanese Prime Minister Abe offered wreaths at the Cenotaph Memorial, which lies less than one kilometer from the aim point of the U.S. atomic bomb that devastated the city and its 340,000 inhabitants. 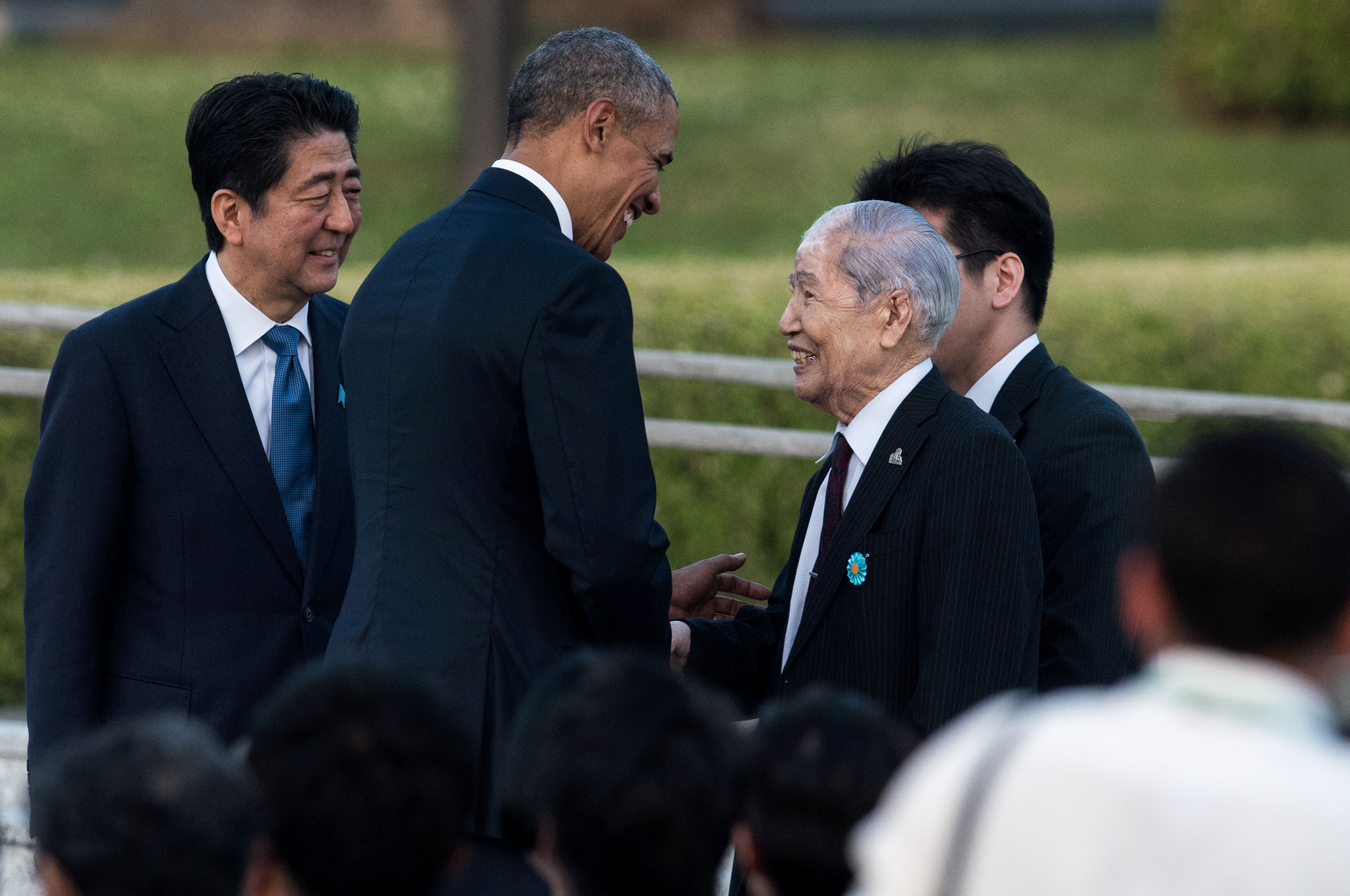 Following the wreath laying, Obama and Abe spoke before an audience of dignitaries, which included a small number of survivors from the bombing and the present-day mayors of the two cities.

Obama began by asking and answering the question, “Why do we come to this place, to Hiroshima?”

“We stand here in the middle of this city and force ourselves to imagine the moment the bomb fell,” Obama said. “We force ourselves to feel the dread of children confused by what they see. We listen to a silent cry. We remember all the innocents killed across the arc of that terrible war and the wars that came before and the wars that would follow.”

“Mere words cannot give voice to such suffering,” he noted. “But we have a shared responsibility to look directly into the eye of history and ask what we must do differently to curb such suffering again.”

In a powerful symbol of remembrance and reconciliation, the president also spoke briefly with survivors of the Hiroshima and Nagasaki bombings, known as hibakusha.

Sunao Tsuboi, chairman of the Hiroshima branch of the Japan Confederation of A- and H-bomb Sufferers Organizations, who was a 20-year-old student when the bomb hit, held on to Obama’s hand while they spoke.

“I am 91 years old, but your speech was so exhilarating, I will live long,” Tsuboi told Obama according to the Japanese broadcaster NHK.

Obama also spoke with and embraced 79 year-old Shigeaki Mori, who campaigned for the recognition of 12 American prisoners of war who were killed by the bomb.

“Some day,” Obama noted in his address, “the voices of the hibakusha will no longer be with us to bear witness. But the memory of the morning of Aug. 6, 1945, must never fade. That memory allows us to fight complacency. It fuels our moral imagination. It allows us to change.”

“Technological progress without an equivalent progress in human institutions can doom us,” the president warned. “The scientific revolution that led to the splitting of an atom requires a moral revolution as well.”

Obama’s historic side-trip to Hiroshima follows the path-breaking visit to Hiroshima last month by the foreign ministers of the G7 nations, including Secretary of State John Kerry, who became the first serving U.S. secretary of state to visit Hiroshima.

Obama’s historic visit to Hiroshima not only put a spotlight on the continuing risks posed by nuclear weapons and war, but on the U.S. nuclear policies and actions and the work left to be done to fulfill Obama’s stated goal of “the peace and security of a world without nuclear weapons,” issued in 2009.

Addressing this question, Obama said, “We may not be able to eliminate man’s capacity to do evil, so nations and the alliances that we form must possess the means to defend ourselves. But among those nations like my own that hold nuclear stockpiles, we must have the courage to escape the logic of fear and pursue a world without them.”

“We may not realize this goal in my lifetime,” he continued, “but persistent effort can roll back the possibility of catastrophe. We can chart a course that leads to the destruction of these stockpiles. We can stop the spread to new nations and secure deadly materials from fanatics.”