During a visit to Hiroshima last month for a meeting of foreign ministers from the Group of Seven (G7) industrialized countries, John Kerry became the first sitting U.S. secretary of state to visit the site of the atomic bombing in the Japanese city.

After Kerry and Japanese Foreign Minister Fumio Kishida toured the Peace Memorial Museum on April 11, the two men were joined by the foreign ministers of Canada, France, Germany, Italy, the United Kingdom, and the European Union at the cenotaph in Hiroshima Peace Memorial Park to offer wreaths in honor of the people who died on Aug. 6, 1945, and in the years afterward. 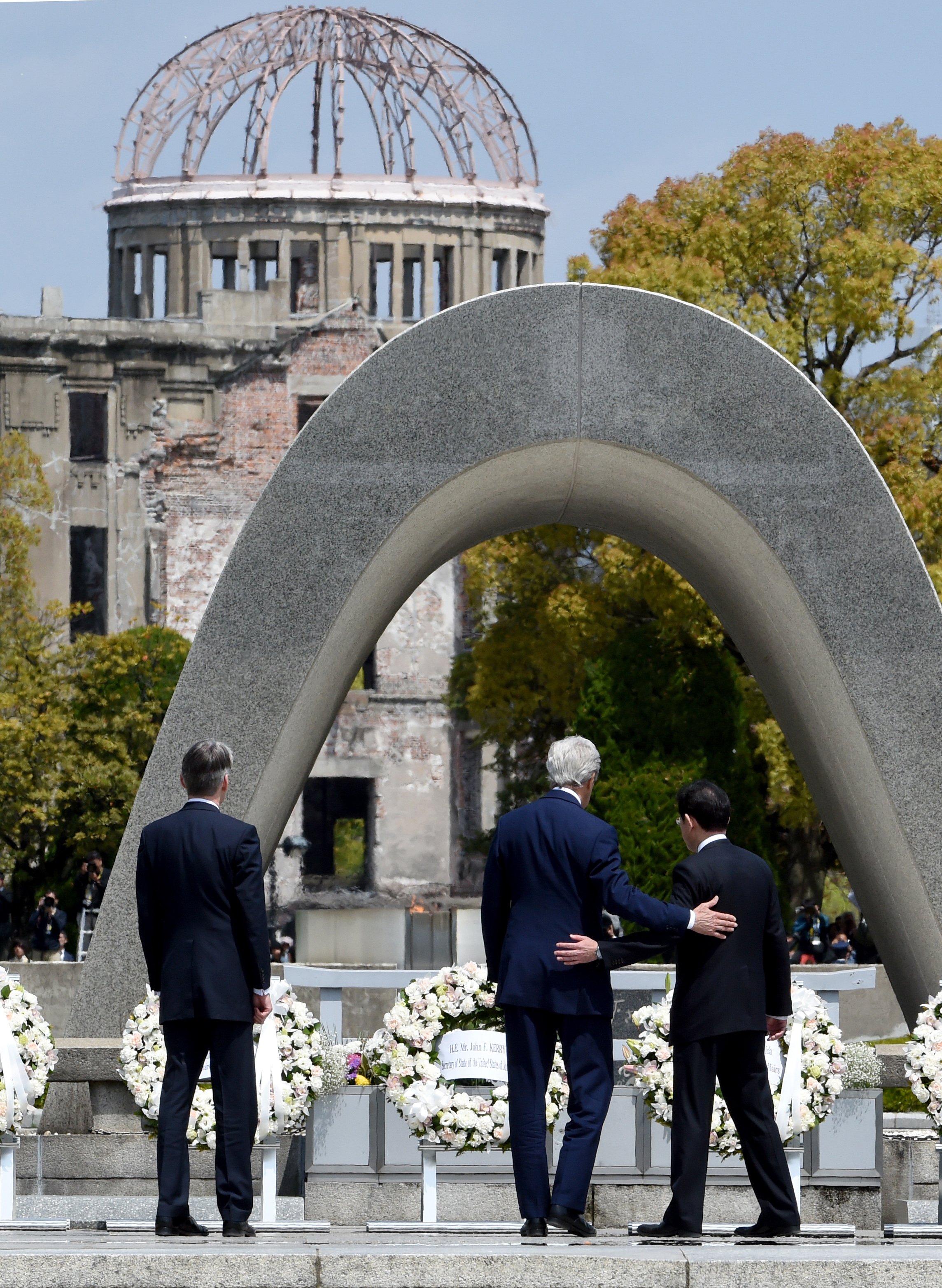 In remarks following the visit, Kerry said, “Going through the museum was a reminder of the indisputable truth that war must never be the first resort.”

“What I got here was a firsthand sense of what happened in Hiroshima and what happens with a nuclear weapon, particularly in terms of its types of destruction,” Kerry said at an April 11 press briefing. “So for me, today really was…a moment of connecting to this place and to the feelings of the Japanese people and the terrible events of that day in a very personal and special way.”

At the briefing, Kerry said that “the reason I thought that it was particularly important to come to Hiroshima and to come now was not just that Fumio Kishida and I work together and are friends and this is his home community and we have a G7 meeting here, but because we are engaged in this effort to try to reduce the threat of nuclear weapons and because we are trying to remind people of the power of reconciliation.”

Kerry added, “Everyone should visit Hiroshima, and ‘everyone’ means everyone. So I hope one day the president of the United States will be among the everyone who is able to come here.” President Barack Obama is scheduled to attend the G7 summit that will be held May 26-27 in Japan’s Mie prefecture.

No sitting U.S. president or vice president has ever visited Hiroshima. While serving as speaker of the U.S. House of Representatives, Nancy Pelosi (D-Calif.) visited the Hiroshima memorial site in September 2008.

The seven foreign ministers also issued a two-page joint declaration on nuclear disarmament and nonproliferation. The document reaffirmed their “commitment to seeking a safer world for all and to creating the conditions for a world without nuclear weapons in a way that promotes international stability.”

The ministers declared, “No state should conduct a nuclear test explosion and all states should sign the Comprehensive Nuclear-Test-Ban Treaty without delay and without conditions.” They urged “all states to work with us on practical and realistic initiatives that can promote meaningful dialogue on nuclear disarmament and non-proliferation among all.”

In the document, the ministers urged other political leaders to visit the sites of the two atomic bombings and concluded, “We share the deep desire of the people of Hiroshima and Nagasaki that nuclear weapons never be used again.”